See the Livestock Update page for availability of Phelsuma klemmeri

This rare gecko was only discovered and described in 1990 and is restricted to a very small area in a protected location in North West Madagascar. Virtually all of the specimens in captivity across the world are descended from the 14 originally collected by Robert Seipp, which he then bred at the Senckenberg Institute (he named the species after Konrad Klemmer, former director there). Few, if any, have been legally exported since; consequently they are hard to obtain and caution must be exercised to ensure unrelated specimens with accurate genetic records are obtained from which to breed.

It is an open debate as to how endangered Phelsuma klemmeri actually is; it is found only in a handful of extremely localised bamboo thickets, but where it occurs it reportedly lives in dense numbers. On top of this, because it does well on bamboo – a crop cultivated by the Malagasy as a building material – it’s range could arguably be seen as expanding thanks to the ‘slash and burn’ clearing of primary forest for such agriculture, which threatens less adaptable species. But others put the flattened body of this species down to an adaptation for living in the cracks in the bark of large tropical forest trees – their probable habitat before the propagation of bamboo – and this original biotope is certainly disappearing at an alarming rate. One thing is for sure, there aren’t many left – their numbers may only stretch to a few thousand in their natural range, and they are still relatively rare in captivity.

Living in large numbers in a dense habitat suggests a small territory, a degree of sociability, a reliance on vegetation for cover and a high relative humidity to reflect to annual rainfall of their native region. In a nutshell they seem to thrive in captivity if these natural aspects are catered for: small groups (one male only, of course), in a small viv, with live plants, bamboo tubes, a daily spray and plenty of cover.

High RH means a glass tank is advisable, but don’t scrimp on the ventilation. London Zoo kept their pairs off public display in Terry Thatcher’s mesh cages because they experienced a fungus problem probably due to prior inadequate ventilation, but across Europe the consensus is with glass. Whatever the construction material, the tank need not be large – 18”x18”x24” (24” being height) seems around ideal. In fact anything too large seems to make them feel exposed and nervous (Cologne Zoo have a small group in an enormous display in klem terms, who seem to just hang around together in one corner).

This is a small day gecko and quite anatomically different to other species, having a quite flattened appearance to the body. Most important for the captive keeper, this means that they can get out of the tiniest gaps; mesh should be of a fly screen density and sliding glass doors are best avoided!

Zonal lighting (areas of light and shade) allows heliocentric (sun-seeking) thermoregulation. In captivity is best provided by full spectrum metal halide lighting mounted in a reflector above the top mesh of the vivarium, providing a deep column of light to the vivarium floor for animals and plants.

No thermostat is required for such lights (though a specific ballast unit is), and the animals will shuttle in and out of the light as they would in nature (UV tubes diffuse light and work against this behaviour; they also have poor light penetration, leading to Phelsuma clustering just around the top of the viv craving light – see also lighting recommendations in ‘General Care’).

Klems need small food. Any insect under 1cm should be of interest to adults, while fruit flies, springtails and micro crickets suit babies. Pollen, nectar, fruit and baby food are also greedily taken. Like all species of Phelsuma, females and young should have continual access to a source of calcium and insects should be regularly dusted.

This species – because of their small size, placid nature, fairly high humidity requirements and the nature of their food – are the ideal candidate to mix with dart frogs, as they frequently are in Europe with great success.

Anyone who has kept klems will probably tell you that these are their favourite Phelsuma – their inquisitive and outgoing personalities in the right environment means that they border on the fearless to downright cheeky! As the demand for this species is always high there is often a waiting list. 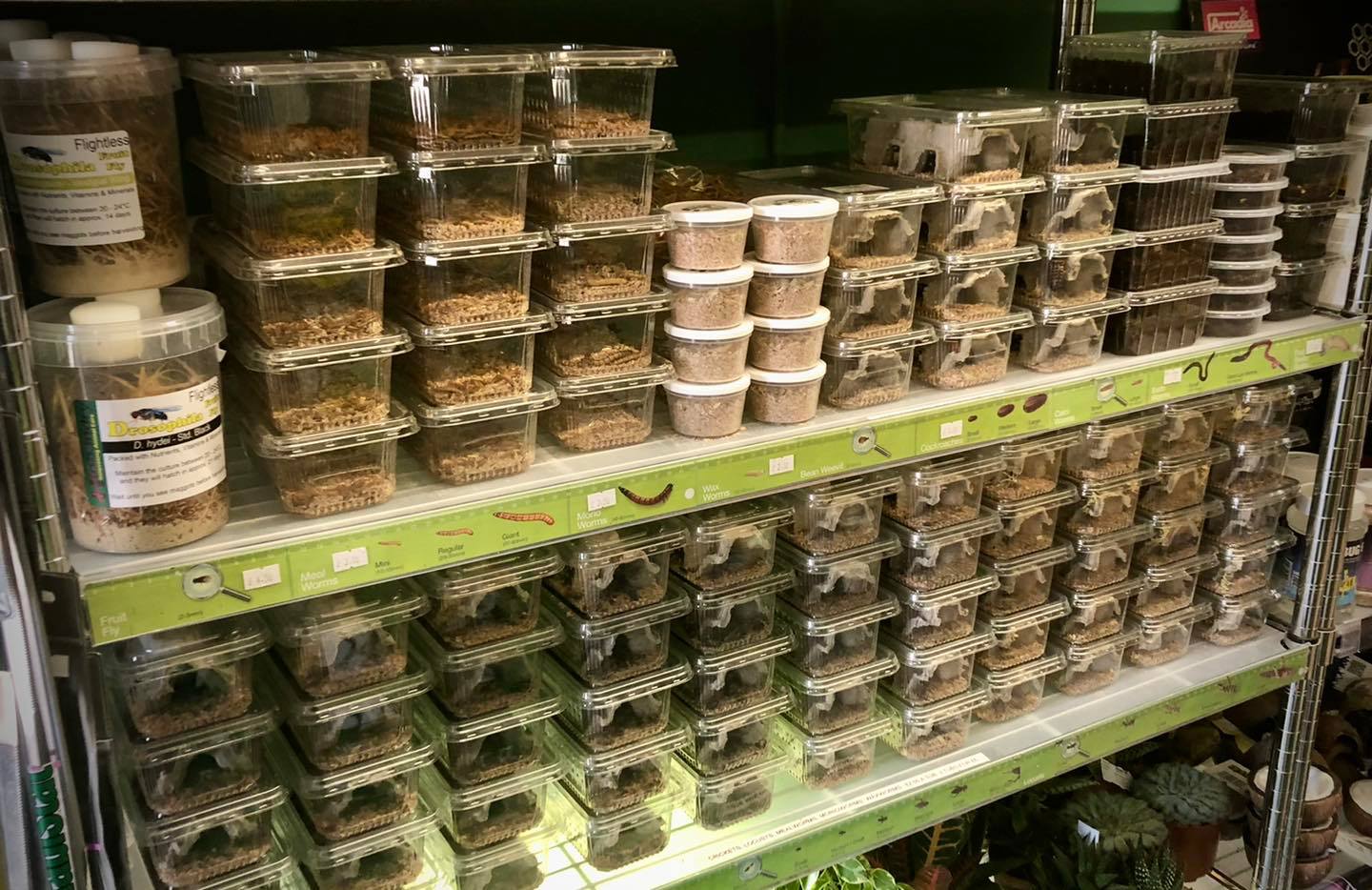 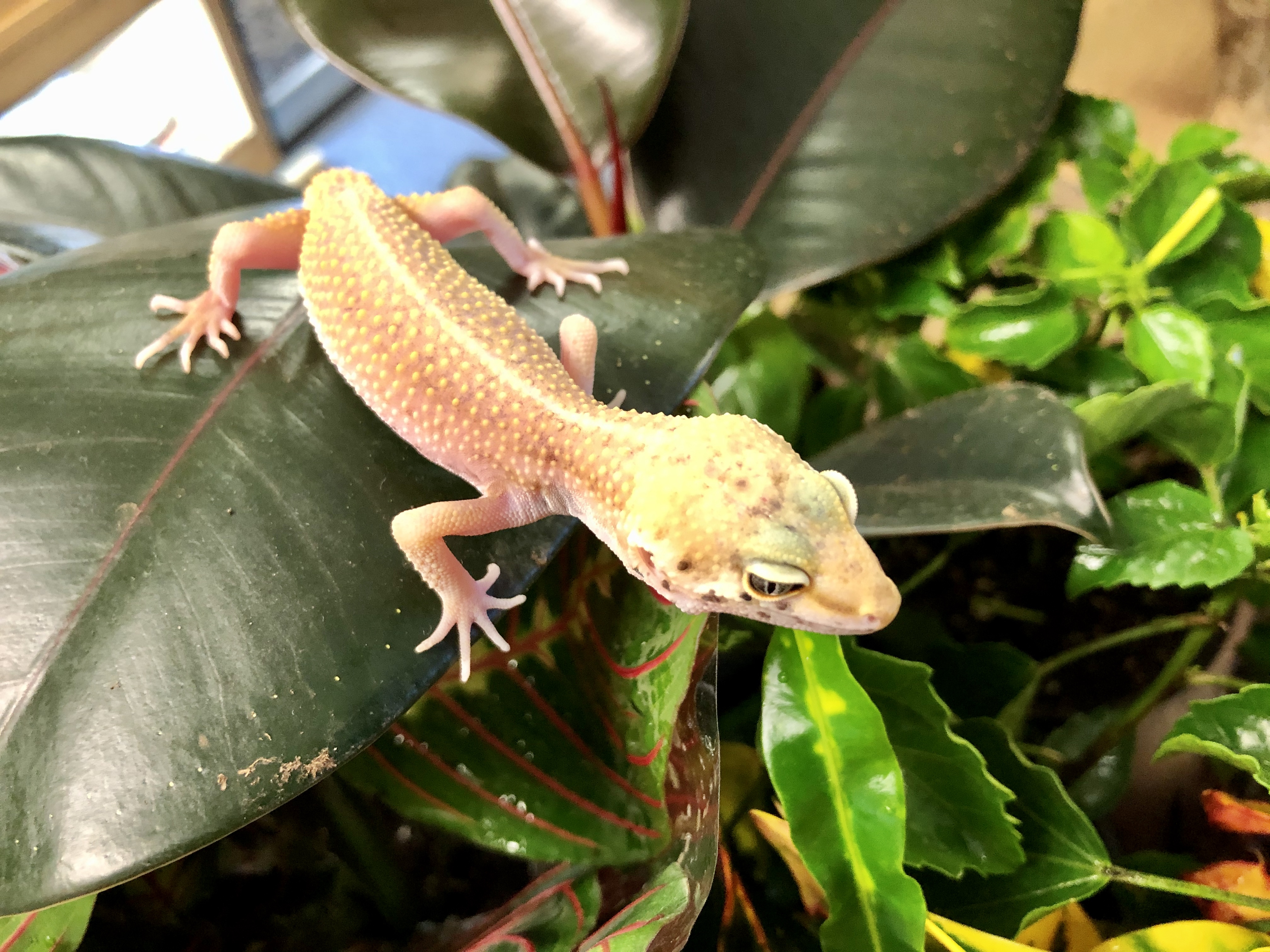 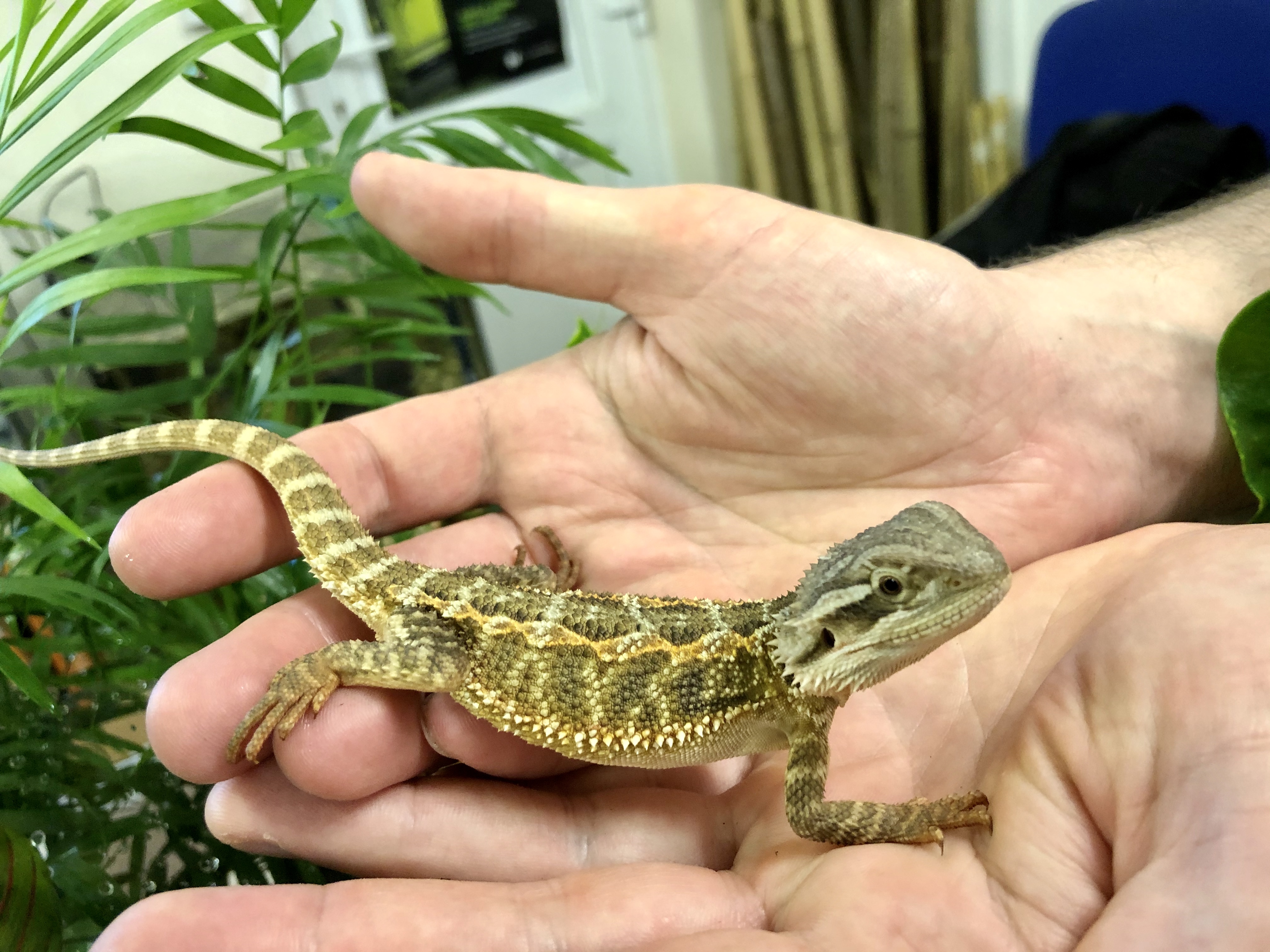 England, Wales and Scotland only. 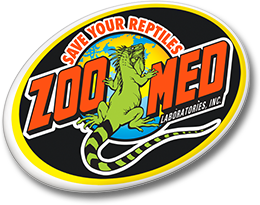 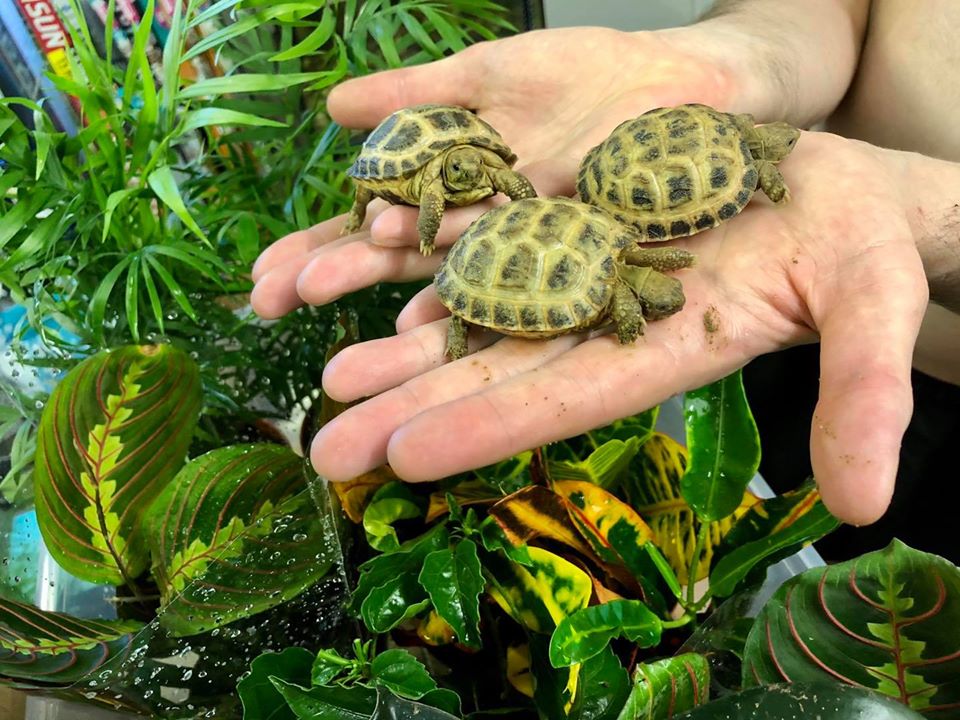 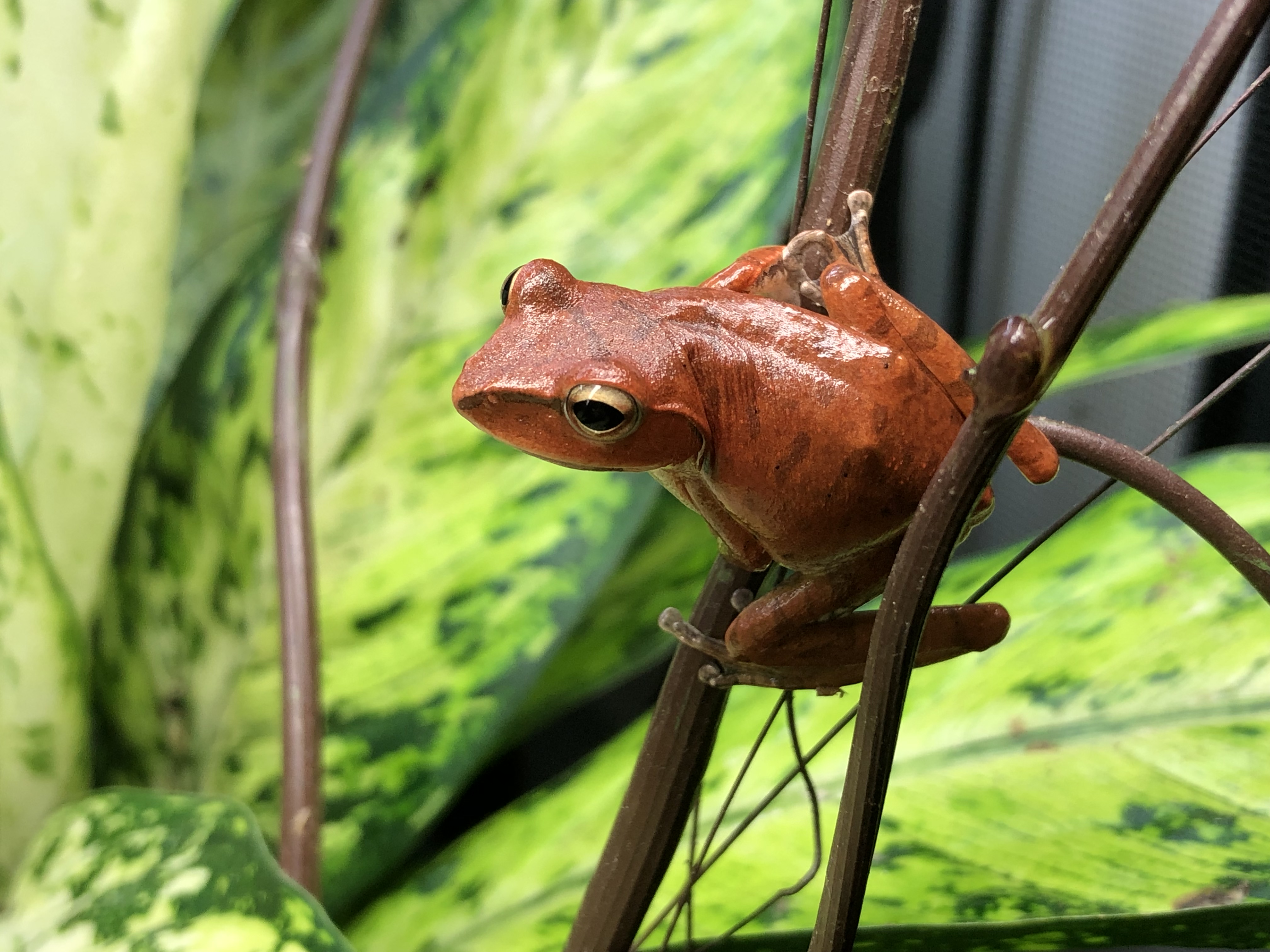 Email us for large orders